Currently out of stock

The Samsung Galaxy Note 20 5G N981 Bronze is currently out of stock and therefore not available in combination with a contract.

Currently out of stock

We're currently unable to stock the Samsung Galaxy Note 20 5G N981 Bronze. Our customer service department doesn't know when this product will be in stock again. We recommend choosing a different product.

Everything about the Samsung Galaxy Note 20 5G N981 Bronze

At the beginning of August, Samsung presented the new Note 20 series, including this Samsung Galaxy Note 20. This device has high-end specifications and is equipped with a beautiful display and a set of good cameras. Are you looking for a powerful smartphone that runs all apps and games with ease? Then this Galaxy Note 20 might be great for you!

The Samsung Note series is known for the S Pen. This stylus makes writing and drawing on your phone super easy. It also has a 6.9-inch display, a 4500mAh battery, and a Triple camera system.

The Note 20 has an AMOLED display with a resolution of 3200x1440 pixels. Colours look beautiful and black is really black. Films and TV shows look beautiful on this screen!

Distinguishable for Samsung's Note series is the S Pen. With this pen you can make very precise notes and comments on your phone. The pen can also be used in other applications, like in the camera app as a remote control.

On the back of the Galaxy Note 20 three cameras can be found, each with its own function. The primary camera has a resolution of 12 megapixels, allowing you to take clear photos on a smartphone.

The ultra-wide-angle lens is extra useful if you want to take a group photo, for example. In this way, more people can fit on one photo. The telephoto lens is ideal if you want to photograph objects up close, without losing quality and detail.

The Note 20 uses the Exynos-990 processor, which is developed by Samsung. The processor has 12GB RAM at its disposal. Thanks to this combination, apps start up very quickly and you can play the most demanding games effortlessly.

The battery in the Note 20 has a capacity of 4500mAh and makes the device last a whole day. In addition, the Note 20 comes with a 45W quick charger. In this way your battery is charged super fast and you are ready for the next day!

The user manual is not included but can be downloaded or viewed here: Dutch user manual. You can also download an English version: English user manual. 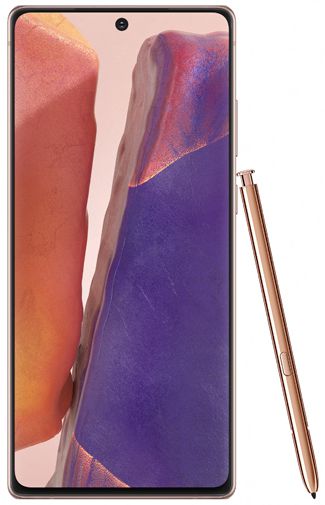